Well where has all the time gone??? Cant believe its been been so long since I've been here in blogging land.

For starters I am still working for TESCO - not bad seeing I was only supposed to be there 8 weeks - its now been 6 months. Still on a temporary contract - they just keep extending it - and this one runs out on April 5th so I will find out then whats happening. Still working lots of hours so crafting time has really taken a back seat, which I am missing so much. I have made some great friends working there and we have had a couple of nights out which has been great fun - me being the eldest which is strange when I'm going out drinking with 18 to 23 years olds.
Well in December I celebrated my 37th Birthday!!! I cant believe it! 37. Went out with the girls from work as one them was also 18 so it was a great night out. I would also like to thanks Alina for the beautiful earrings - I have worn them a few times now and people always comment on them - so thank you hun they are beautiful.
Christmas came and went and the kids had a blast. Both were spoilt rotten again! I was working over Christmas but I still had a great time. I also treated myself and bought a CRICUT - I had been putting money to the side and finally had enough to buy one! Guess what - it has been out the box once to have a play and now it is sat gathering dust as i just don't have the time to play with it.
I have managed to make, yes MAKE I hear you cry, two cards in all this time.
This one was for a friends uncle in Australia who had had a few operations and was very ill. She wanted it personalised with his name and she loved it. 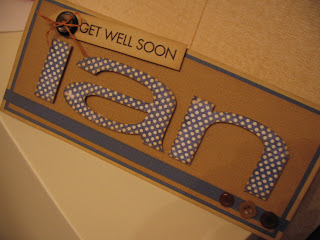 And this was for her son to send to his girlfriend for Valentines. 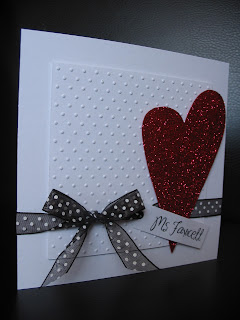 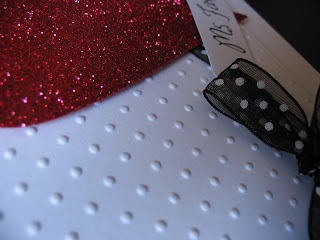